The Earth-44 Timeline, Appendix Fourteen: The Legacy of Sherlock Holmes

Sherlock Holmes was born on January 6, 1854, the second of five children born to Sigurd and Violet (Vernet) Holmes, including older brothers Sherrinford and Mycroft, (1) and younger sisters Cecilia and Enola. (2)

Sherrinford inherited the family estate, and went on to live an unremarkable life, typical of members of his class. If he inherited any of the family's unique intellectual capabilities, no record of it has come down to us. Instead, he married and had numerous descendants, of whom we will hear more later.
---
Mycroft Holmes is said to have inherited his family's special insight to the highest degree of any of his siblings.   He eventually went into government work. Occupying an outwardly superficial position, he became a figure of such importance that his younger brother claimed that at times Mycroft was the government.  Mycroft is not known to have married or sired any children.
---
Sherlock is, of course, the most famous of the Holmes siblings, having effectively invented the profession of consulting detective.  Holmes' fame skyrocketed after his 1881 meeting with Doctor John Watson, who was recently returned from Afghanistan.  Watson wrote and published fictionalized accounts of Holmes' cases, which laid the foundation for Holmes' reputation as "the greatest detective of all time". Holmes and Watson worked for many years. Their last known case together occurred on the eve of the First World War.
---
The exact date of Sherlock Holmes' death is a matter of some conjecture. An obituary was published in a local Sussex  newspaper in 1930, and subsequently retracted under obscure circumstances.  There are numerous accounts of Holmes allegedly appearing after that time, the vast majority of which are easily dismissed as apocryphal.  In the first edition of  his autobiography, Ralph Dibny, the so-called "Elongated Man". mentioned a 1987 exploit in which he, the second Batman (later revealed to have been Richard "Dick" Grayson Sr.) and Samuel "Slam" Bradley encountered an individual Dibny described merely as "the greatest detective of all time". The section relating this incident was removed from subsequent editions of the book, without explanation. (3)
---
Sherlock Holmes is not known to have ever married, nor did he ever acknowledge any children. There were many people who claimed  - or were widely believed to be - the children of Sherlock Holmes. The most noteworthy example was the Montenegrin-American detective Nero Wolfe, who was said by some to be Holmes' son by the actress Irene Adler.   Wolfe himself never made the claim, and and is not known to have ever addressed the issue publicly. (4)
---
Cecilia Holmes, while by all accounts an intelligent woman, is not known to have inherited the Holmes family's special "gift". She married Alexander, Earl Hope. Their daughter, Lady Crystal Margaret "Christie" Hope, did have the family gift, and is known to have provided invaluable assistance to her Uncle Sherlock on several occasions. Lady Crystal is known to have met and befriended the vampire queen Mina Tepes during one of these adventures. (5)
---
Enola Holmes did inherit the family "gift". She ran away from home at the age of fourteen after the failure of her parents' marriage. She solved several cases, all while evading her older brothers. (6)
---
Sherrinford Holmes' descendants prospered and multiplied,and two of them returned the family to prominence in the early Twenty-First Century.
---
One, Sherlock Holmes II, followed in the original's footsteps, operating as a consulting detective. In 2010, he began sharing a flat with  Doctor John Watson, a descendant of the original  who was also a veteran of a war in Afghanistan. This Sherlock had an older brother named Mycroft, who holds a "minor" position in the British government, as well as a sister named Eurus. (7)
---
The other, a cousin of Sherlock II, was also named Sherlock Holmes, and was the son of Morland Holmes, an  "international influence peddler".  . Sherlock III also had a brother named Mycroft, who worked for MI6.  After a bout with drug addiction, Sherlock III moved to New York City in 2012, where he took up a consulting position with the police. there he met Doctor Joan (née Yun) Watson, a Chinese-American woman not known to be related to the original Watson. (8)
---
Relations between the two latter-day branches of the Holmes were said not to be close.
---
Next, an unusual note. In his unpublished memoirs, released to scholars only after his death,  the legendary Japanese police detective Takeru Wajima claimed that a dog he adopted in 2011 while still a high school student revealed itself to him to be the reincarnation of the original Sherlock Holmes, and that the dog, who believed Wajima to be the reincarnation of the original John Watson, was instrumental in teaching Wajima the art of detection. (9)
---
While reincarnation is an accepted scientific fact (10), it is impossible to determine at this late date the validity of Wajima's claims.
---
Holmes' story gained a bizarre continuation in 2191, when he was cloned at the behest of Inspector Beth Lestrade.  The clone assumed Holmes' identity, and continued his mystery-solving career. (11)
---
(1)Most of the information to this point comes from long-standing speculation by Holmes fanboys going back almost as long as the character has existed, in particular the existence of a third, older Holmes brother. The name "Sherrinford" was one that Doyle used in an earlier draft before settling on "Sherlock"
---
(2)I will address the existence of these sisters when I get to them.
---
(3)A reference to Dectective Comics #572 (March 1987)
---
(4)This is apparently another theory that is common among Holmes fanboys.
---
(5)Christie is from the manga Young Miss Holmes, by Kaoru Shintani. Mina Tepes is from the manga Dance in the Vampire Bund, by Nozomu Tamaki.
---
(6)Enola is from The Enola Holmes Mysteries, by Nancy Springer.
---
(7)A reference to the British series Sherlock.
---
(8)A reference to the American series Elementary.
---
(9)These characters are from the manga Sherlock Bones, by Yuma Ando and Yuki Sato.
---
(10)Well, on Earth-44 it is.
---
(11)Based on Sherlock Holmes in the 22nd Century.

Interestingly, Philip Jose Farmer, who liked to have famous characters connected, said the people Holmes helped in one adventure would eventually become the parents of Doc Savage, claiming their actual name was Wildman, which Lester Dent would change the name to Savage.

I remember reading after giving up crime prevention Holmes picked up the habit of caring for bees.

Of course if you believe the cartoon about Holmes in the future, his escapades have only begun!

Don't think  I ever saw that cartoon. 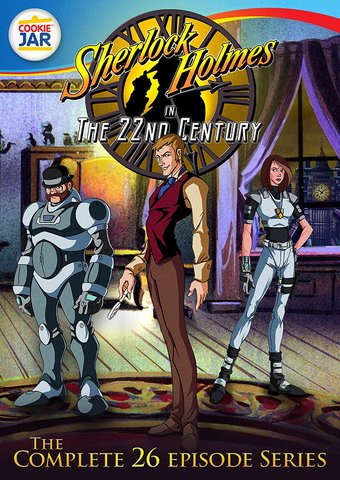 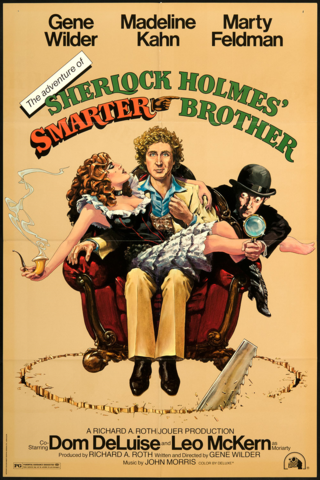 Good grief! How have I never heard of this?

That's one I've heard of ,but  never seen.