The covers to Sgt. Pepper, With the Beatles and Abbey Road are all top contenders for most parodied album covers ever.  Sgt. Pepper might just be in the top slot.

What about a comic cover parodying an album cover? 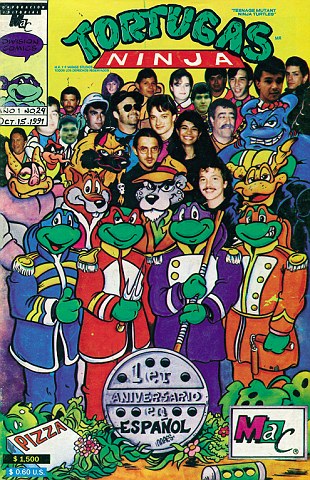 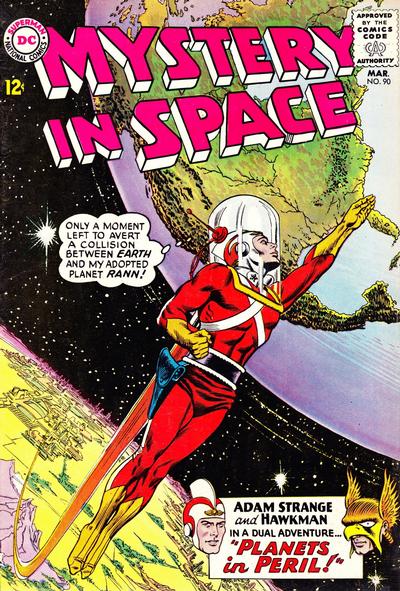 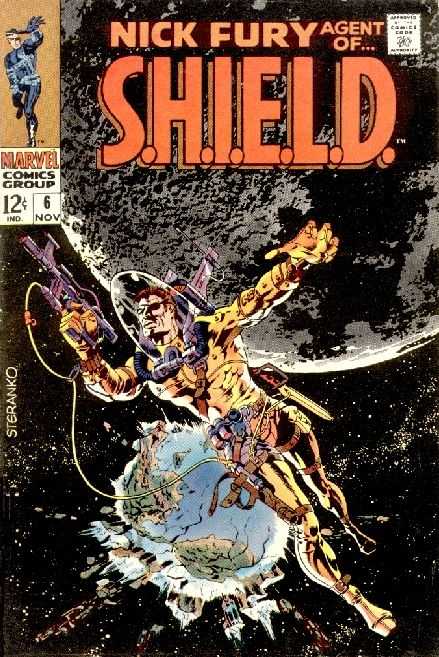 Even The Beatles (The White Album) cover has been parodied, though not as often..

Anyway, here's another Fantastic Four #1 cover parody, featuring a show that came out a year after the White Album: 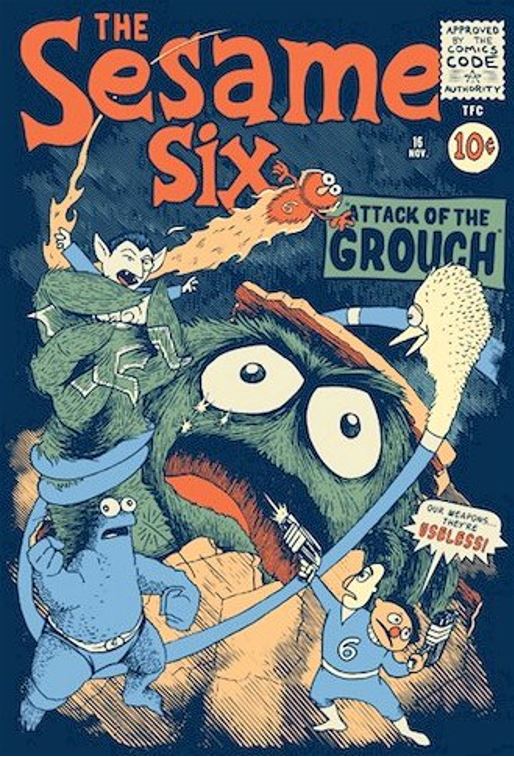 The covers to Sgt. Pepper, With the Beatles and Abbey Road are all top contenders for most parodied album covers ever.  Sgt. Pepper might just be in the top slot.

What about a comic cover parodying an album cover?

There are several from this "fifth week event" honoring Julius Schwartz.

Of course, the Steranko cover is from 1968.  Peter Wrexham said:

Yes, I should have said that the Steranko cover reminds me of the Infantino/Anderson one.  On further reflection, I've noticed that the cover Philip Portelli posted, which is signed "Gammill/Janke after Steranko" is also headed "Superman in Space!", which might be a callback to the Mystery in Space cover! 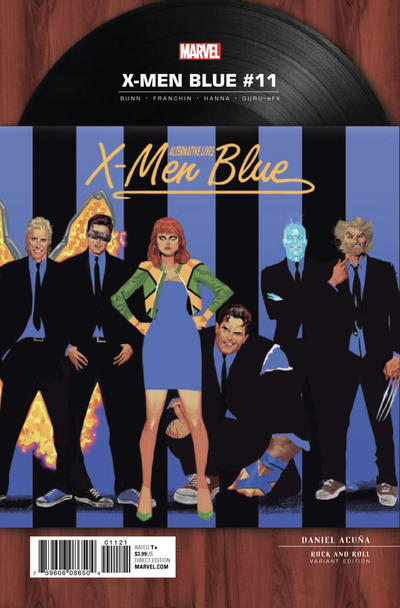 Here's another parody of an album cover from Doctor Who magazine.  This one's based on Blondie's "Parallel Lines". 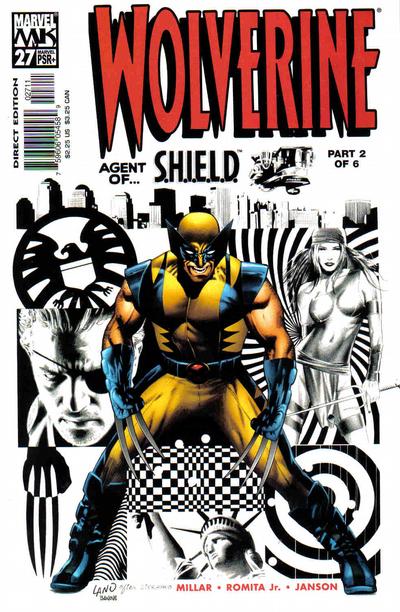 Homage 25 to Action #1, or perhaps it would be more accurate to call this one a parody.  Anyway, it's a rather less impressive feat of strength than normally depicted, but the car is just as thoroughly wrecked. 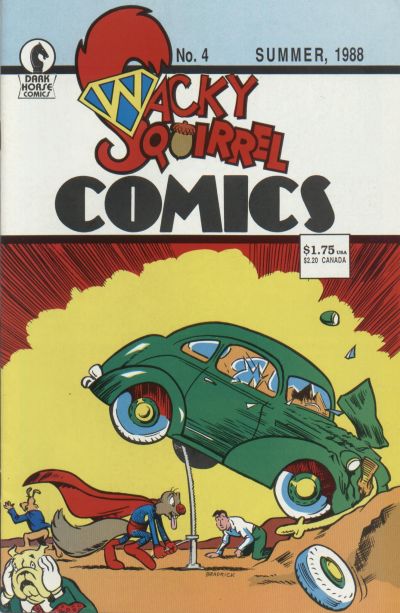 Does this count?  Even though the covers aren't all that much alike, these two entire issues are homages/parodies of each other.  The writers Marv Wolfman and Mark Evanier got together to arrange a sort of crossover between DC's Teen Titans and Eclipse's DNAgents.  In Wolfman's story, the Teen Titans (Nightwing, Starfire, Cyborg, Wonder Girl and Jericho) meet the ReCombatants (Pseudos, Aurora, Topaz and Dreadnaught), while Evanier describes a meeting between the DNAgents (Sham, Rainbow, Amber, Tank and Surge) and Project Youngblood (Black Owl, Celestia, Roboto, Amazing Girl and Heartstring). 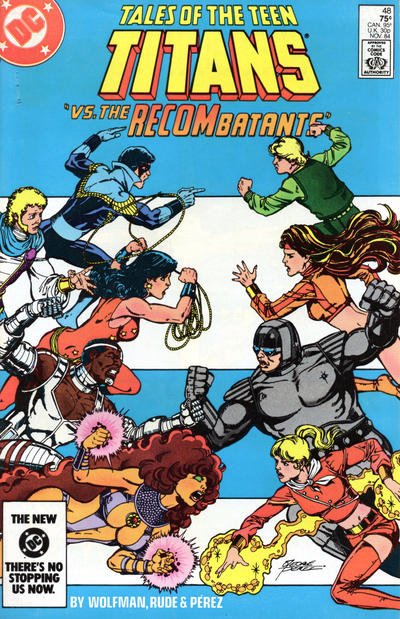 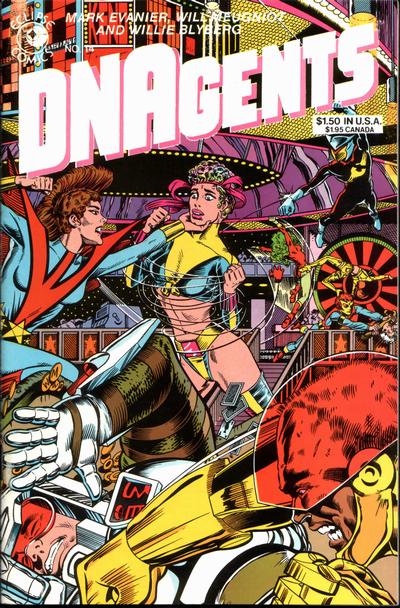 Ross Pearsall's Super Team Family has been posted here before. This particular mash-up of his definitely takes on elements of cover parody and tribute; 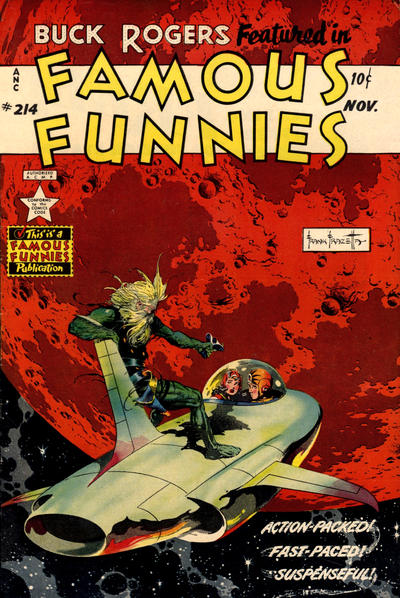 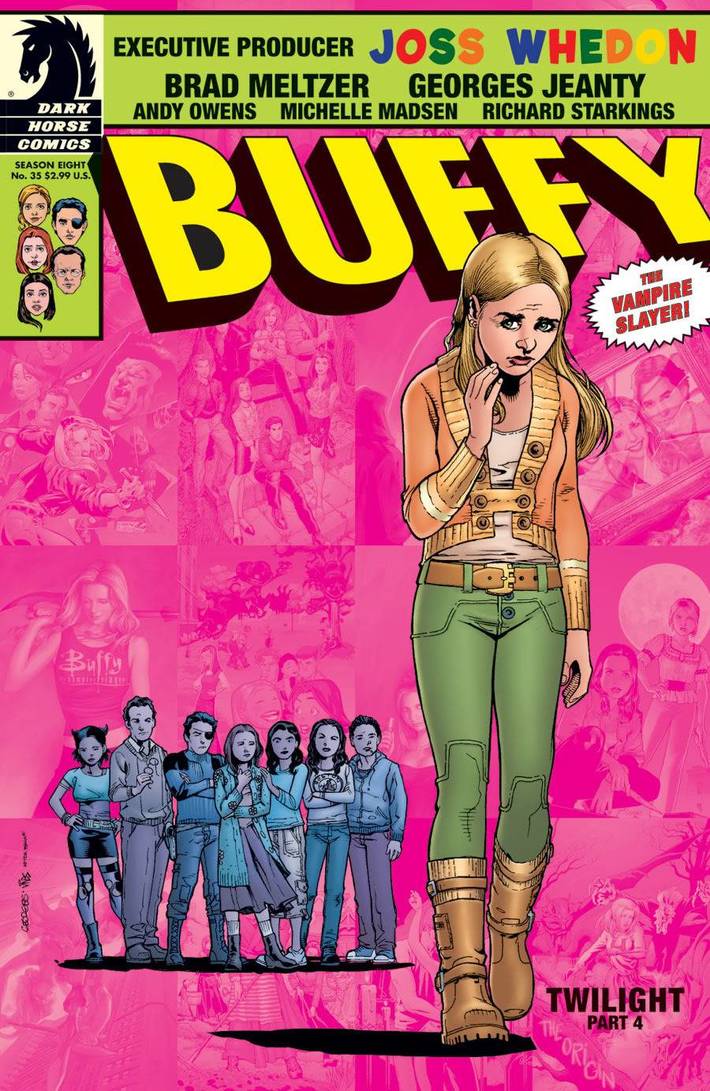 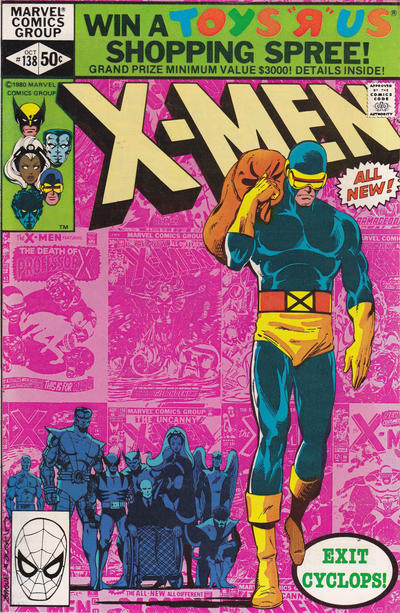 JD DeLuzio replied to Cavaliere (moderator emeritus)'s discussion What are you watching right now?
"Also... W. Kamau Bell's We Have to Talk About Bill Cosby, which may be the go-to documentary…"
1 hour ago

JD DeLuzio replied to Steve W's discussion A Cover a Day
"The original family that was lost in space: Mr. and Mrs. Robinson and their offspring, "Tim…"
1 hour ago

Richard Willis replied to Steve W's discussion A Cover a Day
"One of my favorite "Imaginary Stories." And I kinda like the all-blue costume better than…"
5 hours ago

Richard Willis replied to The Baron's discussion Movies I Have Seen Lately
"I think I mentioned this when Annie Live was going to be on TV, but what disappointed me about the…"
8 hours ago

Richard Willis replied to Jeff of Earth-J's discussion A Smithsonian Book of Comic-Book Comics
"So far, I've read the Captain Marvel intro you quote. The length of the story caused me to put…"
8 hours ago

Richard Willis replied to Steve W's discussion A Cover a Day
"In the late 60s I got a Charlton comic that had the cover of a different title. Charlton also…"
9 hours ago

The Baron replied to PowerBook Pete, the Mad Mod's discussion Anything, Everything, or Nothing At All
"This came up in my Facebook memories today, something made for me by the late, great Rich Lane:"
14 hours ago

Lee Houston, Junior replied to Steve W's discussion A Cover a Day
"Except for the pinkish Iron Man and Thor's pink highlights, the Avengers cover doesn't…"
15 hours ago