Pee Wee Herman had a talking head in a box.

So did Señor Wences.

Near the end (of The Cage) they worry that humans would learn their power of illusion. If it were genetic, as implied in the story, how does one “learn” that?

I took it to mean if humans evolved to have this ability.

The Secret Identity of Norm DiPluhm

Reading Plastic Man #43 I came upon a lava man story called “The Monster of Flame”. Critters like this have appeared over and over in comics. Sometimes they’re hoaxes, sometimes men transformed into a fiery/lava/stone form, sometimes a race of lava men. Here a list - and I’ve no reason for thinking I’ve found every one. They’re known as Lava Men, Volcano Men or Volcano People. I’ve included fakes but not volcano dwellers who aren’t stone-bodied or fiery, such as the ones from the Li’l Pan story “Volcano Men” in Wotalife Comics #9 (Fox, 1947). The items in bold were drawn by Jack Kirby.

8) Anton Belfors from “I Battled the Volcano Man”, My Greatest Adventure #36 (DC, 1959); cover-featured (a transformed human)

10) the volcano men from “Master of the Volcano Men”, Challengers of the Unknown #27 (DC, 1962), and its sequel in #32; cover-featured both times
-one of the monsters was afterwards known as Volcano Man and a member of the Challenger-Haters

11) the Lavanites from “The War Between the Challenger Teams”, Challengers of the Unknown #29 (DC, 1963); cover-featured

12) the Lava Man from “The Lava Man”, the Thor story from Journey into Mystery #97 (Marvel, 1963); the sequel story was “The Invasion of the Lava Men!”, Avengers #5; cover-featured both times

-the Hawkman story in All-Star Comics #3 (DC, 1940); I've been able to find plot descriptions, but not information on whether the Fire Ghosts were fiery in appearance

Honourable Mention: the Molten Man, who was originally a man with a shiny metal body, but who became one with a fiery form for awhile in The Amazing Spider-Man #132-#133 (Marvel, 1974).

To add to Luke's list, here are a few other "volcano/lava" characters that I remember. 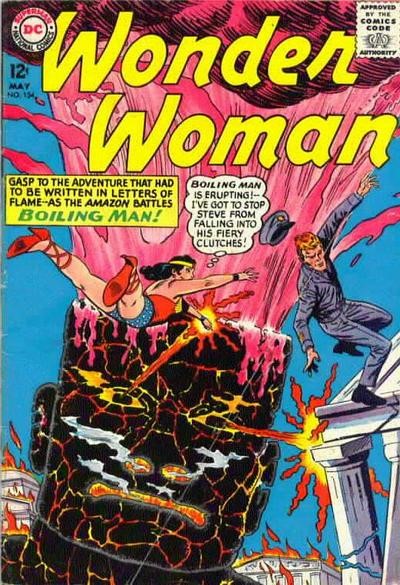 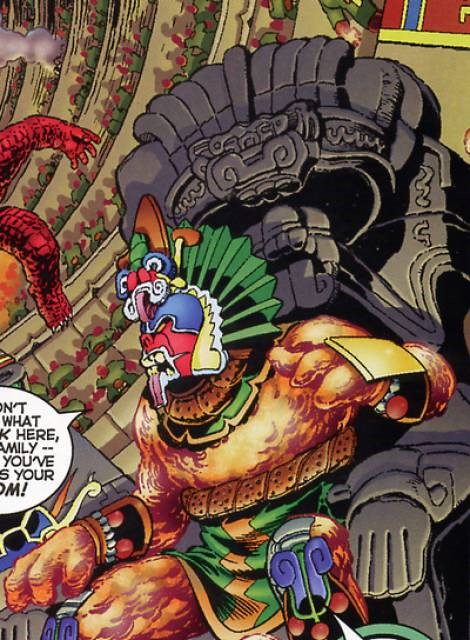 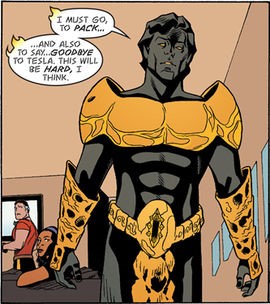 This one probably doesn't fit Luke's criteria; here is a fire genie emerging from a volcano.  Wonder Woman #120 (February 1961) 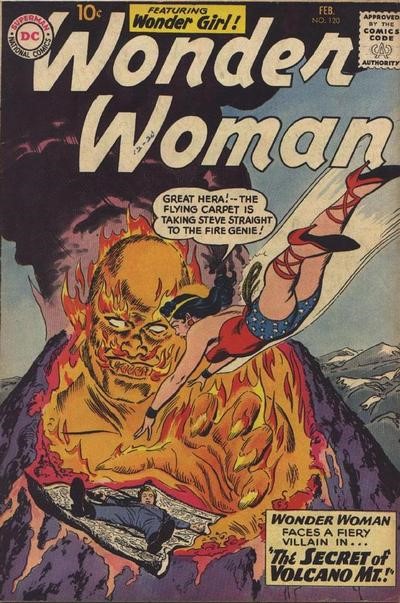 This one doesn't fit the criteria, but it does highlight Jack Kirby's fascination with volcanoes.  Victor Volcanum from Jimmy Olsen #147, March 1972 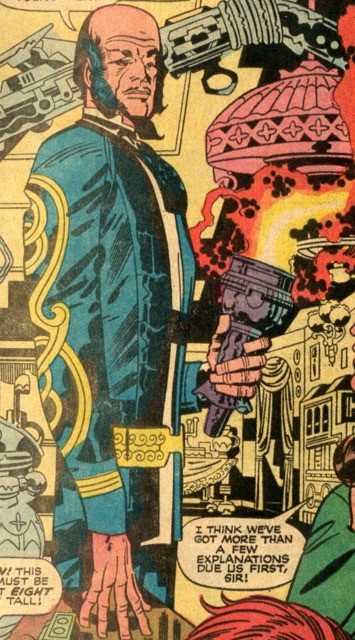 Thanks, JD. It's the puns that keep me going.

Thanks for the additions, Dave. The only one of those I've run into is Victor Volcanium. I would've counted the fire genie; the idea was to trace the reuse of the idea, and I think it fits. 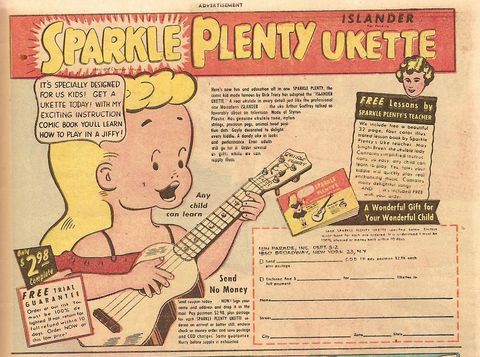 From Black Cat Mystery Comics #30; from the scan of the issue at Digital Comic Museum. Sparkle Plenty is a supporting character from Dick Tracy.

All the nuts aren't up in trees.

You're all nuts. Which is why I like you.


We could be corn, too, then. My backyard squirrels love the stuff.