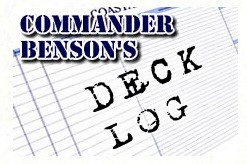 At the conclusion of last year's Silver-Age challenge, I told you guys that I already had the questions for this year's quiz prepared.  Well, I did, as in past tense.  Last week, when I gave them a final scrubbing, I discovered that I had forgotten that I had already asked one of them in my first Legion quiz seven years ago.  Another one was so similar to a question from that 2013 LSH quiz that it would have been too easy to find the answer.

And when I checked a third poser to see how Google-proof it was, one of the hits took me back to a comment I posted three years ago on one of the General Comics Discussions threads, a comment which gave away the answer.

So I had to generate three new questions to throw at you.  Fortunately, one of them turned out to be better than any of those I tossed out.  By "better", I mean that it's strong in that "Hey, I didn't know that!" quality which makes the answers fun for folks to learn.  The other two, alas, are clearly from "the Legion of Substitute Questions", but they'll serve in a pinch.

You old vets of my Silver-Age challenges are already flexing your typing fingers.  But, as always, for any test-takers who're here because they landed on this page while looking for something else and decided, "What the hey, I 'll give it a go!", here are the rules---with one special change that even the veterans should note:

1.  All of the questions, and answers, are drawn from Silver-Age material.  Ordinarily, that means anything produced by DC from the publication of Showcase # 4 (Sep.-Oct., 1956) to December, 1968, which I demark as the end of the Silver Age.  However, just as with the last Legion quiz, I draw a special demarcation for this one; the parameters are slightly narrowed from the usual beginning-to-end of the Silver Age envelope.  Here, all the questions and all the answers will fall between the time frame marked from the Legion’s first appearance, in Adventure Comics # 247 (Apr., 1958), to the last Silver-Age Legion story penciled by Curt Swan, in Adventure Comics # 372 (Sep., 1968). Note, though, that the questions and answers can come from any publication; it's just that the time frame is bound by those two issues of Adventure Comics.

2.  I’m definitely not infallible.  I might have missed something, somewhere, in twelve years of DC publication.  If you come up with an answer that meets the criteria of the question and can cite the Silver-Age reference, then I will gladly award you credit.  “But I always thought . . . “ explanations won’t cut it, though.

3.  I’ve got no problem with anybody using a search engine to look for answers.  I try to make my questions as immune to Googling as possible.  The right answers are difficult to find with a search engine, though I cannot say impossible.  At least once, I tripped myself up when an article I had written for another site contained the answer to a question from that year’s quiz, and one of the players found it.

4.  There are no prizes.  You’re playing for bragging rights.

Any time I post a Deck Log entry involving the Legion of Super-Heroes, I get a considerable amount of activity.  And, sometimes, controversy, too---but the sort that is well-mannered and respectful when men of good will disagree, and that sort is always welcome.  So, we'll probably see the same thing this time.  At least, I hope so, if I done my job as quizmaster well enough. 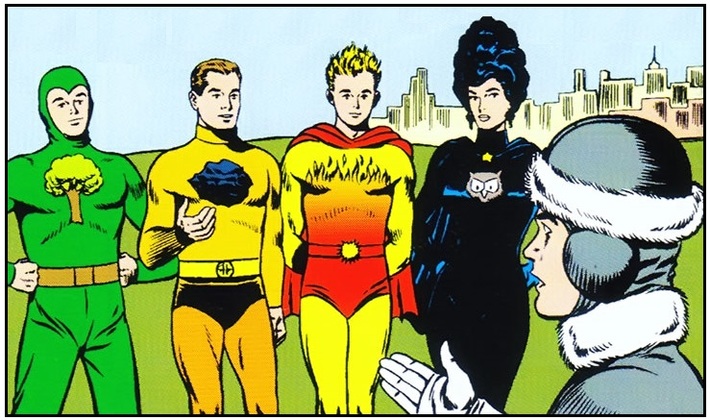 1.  Who was the first non-charter member of the Legion of Substitute Heroes?

2.  Who is the leader of the Legion Espionage Squad and which Legionnaires are permanently assigned to the squad?

3.  On what 20th-century television programme did the Legion make a guest appearance? 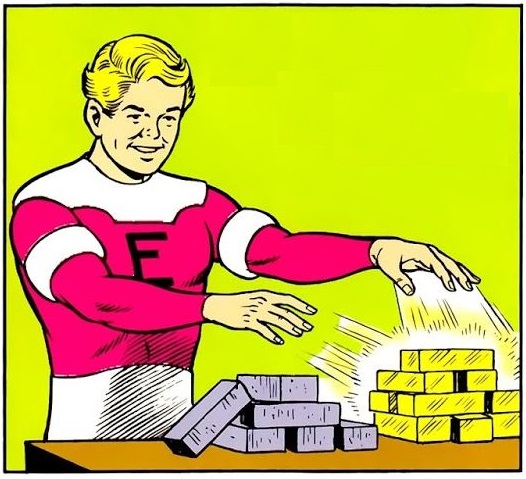 4.  On what world is Element Lad's super-power viewed as criminal and results in planetary banishment?

5.  Besides their super-son, which Legionnaires have Ma and Pa Kent knowingly met?

6.  Excluding the Adult Legion stories, name all of the Legionnaires who, at some point after joining the Legion, permanently replaced their super-hero names with new ones. 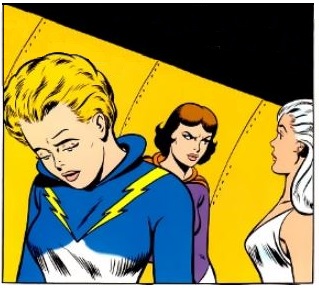 7.  Thanks to the machinations of Dream Girl, Lightning Lass was expelled from the Super-Hero Club for violating what provision of the Legion Constitution?

8.  Other than Luthor, what recurring 20th-century super-villain from Earth was mentioned by name in a Legion story appearing in Adventure Comics?

9.  According to the Legion Constitution, what is the maximum number of successive space missions a Legionnaire may undertake without a rest period? 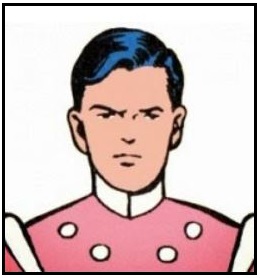 10.  We all know that Cosmic Boy was the Legion's first leader, right?  But how do we know this?  Where---comic and issue number---was that first definitively established?

Sure glad I got the Legion Omnibus instead of having to check some of these in those itty-bitty digests.

1. Dream Girl (this seems pretty easy, but I can't find an earlier one)

3. Our American Heroes. It was a special Superman tribute.

4. Venus, which exiled Cosmic King for that power.

5.They gave shelter to Mon-El, Shadow Lass and Duo Damsel when they were fleeing Mordru. They've met Supergirl but not knowingly, and Pete Ross and Lana Lang but not as Legionnaires (ditto Beppo and Krypto — assuming you count the Legion of Super-Pets). So only Lar, Tasmia and Luornu

6. Lightning Lass became Light Lass, Triplicate Girl became Duo Damsel and Mystery Lad became Element Lad. Marvel Lad passes his audition before unmasking as Mon-El — I'm not sure if he was formally inducted first, or if that matters.

10. I presume this one is a matter of just flipping through enough stories but my attempts have proven futile.

I am not looking at Fraser's answers so...

1) Color Kid who was actually recommended by the Legionnaires.

2) Chameleon Boy was the Espionage Squad's leader with Phantom Girl, Invisible Kid and Shrinking Violet as his squad. I'm going to add Duo Damsel as she was a big part of Cham's plan in Adventure Comics #360.

8) Both the Joker and the Penguin were mentioned in Adventure #341.

Philip, I had a feeling it would be one of the "Meet the Legionnaires" pages.

I do keep thinking that the Commander specifically limiting the time frame has some significance but I looked at the excluded stories and i can't see what it would be.

Both Color Kid and Dream Girl were in Adventure Comics #342. The former (in his first appearance) was rejected and told to seek out the Substitute Heroes. The later did join the team at some point during Star Boy's trial. We don't know if Color Kid joined before Dream Girl, with her or after her.

Sadly we never see Dream Girl and Star Boy work with the Subs but Color Kid is with then in #351.

So either answer could be right or both!

Your collexion of answers poses a problem, Mr. Sherman.  Usually, I can, at least, inform a player of how many questions he got right or wrong.  But the way you've phrased them, even doing that much would reveal information, one way or the other, to further players.  You'll see what I mean when I post the answers next month.

One thing in your answers that I can discuss reminds me of something I should have added to the rules.  It really doesn't make a difference in any of your answers, but it bears stating to avoid confusion:

When I use the term Legionnaire, I intend it to mean only full-fledged members of the super-hero club.  Honorary members and Legion Reservists do not count, unless I specifically allow for them in the question.

As I said, it really doesn't come into play with this quiz, but it will avoid confusion.

Actually I knew that there were "Meet the Legionnaires" pages on Chameleon Boy, Lightning Lad & Light Lass and Brainiac 5 but wasn't sure if there was one for Cosmic Boy as those weren't reprinted in the Legion Archives though they should have been.

In full disclosure, I got the issue number from the Grand Comics Database but my copy is a bit buried right now so it's still just a guess.

But then my initial answer was going to be Superboy #147 (Ju'68) as I have fond memories of reading the Legion's origin in Secret Origins #6 (F'74).

Philip, I had a feeling it would be one of the "Meet the Legionnaires" pages.

I do keep thinking that the Commander specifically limiting the time frame has some significance but I looked at the excluded stories and i can't see what it would be.

Thanks for the clarification which definitely rules out Lana and Pete.

I am now extremely curious to see the effect of my phrasing. I do see I could have phrased #7 better — the provision she broke by losing her lightning abilities was that every Legion member must have a superpower.

In any case, this was a fun quiz, as always.

I know that it's not part of the time frame but I am too fond of this guy so...

Of course we could debate on whether or not the Silver Age Bizarro is a super-villain. After all' he was the star of the "Tales of the Bizarro World" feature that preceded the Legion in Adventure Comics. And, technically he is the "hero" of Htrae!

The Bronze Age portrayed him as more villainous then switched back to just being goofy.

That's a fair point Philip — I guess we'll see what the Commander thinks in a month.

I reread his Superboy origin recently (Superboy seemed to work like the farm team in the late 1950s for concept they could import into Superman) and Otto Binder really nails the Frankenstein tragic aspect of the character.

At about the same time as Superboy #68 (O'58) came out, Bizarro was appearing in the Superman newspaper strip as an adult though with a "B" emblem.

That's a fair point Philip — I guess we'll see what the Commander thinks in a month.

I reread his Superboy origin recently (Superboy seemed to work like the farm team in the late 1950s for concept they could import into Superman) and Otto Binder really nails the Frankenstein tragic aspect of the character.

JD DeLuzio replied to Steve W's discussion A Cover a Day
"It stands to reason that, with all of the running around in dangerous environments, sometimes…"
4 hours ago

Richard Willis replied to Jeff of Earth-J's discussion T.H.U.N.D.E.R. Agents
"I was catching up with other things and haven't yet read the IDW issues. I'll get to them…"
17 hours ago