On Jan. 17, Warner Bros. announced that the debut of the next Superman movie – the one tentatively titled Batman vs. Superman – has been pushed from July 17, 2015, to May 6, 2016. Injuries? Script problems? We don’t know. What we do know is that the highly prized summer release spot was quickly nabbed by Marvel Films – for Ant-Man, starring Paul Rudd and Michael Douglas. That’s right. DC Comics – through its parent corporation, Warner Bros. – can’t get a Superman movie off the ground for another year. But chief competitor Marvel is ready and waiting to jump in with a new star ... one whose super-power is to get very, very small.

What’s wrong with this picture? Across the Internet, fans whine and wonder why DC has such trouble turning its famous superheroes into successful movie franchises, while Marvel releases four movies a year, and can even build a film around a C-list character who talks to insects.

And that’s with one hand tied behind its back – Marvel Films can’t even use all of the characters from Marvel’s own comic books! The movie rights to Spider-Man are held by Sony. The rights to Fantastic Four, Wolverine and the many X-Men characters are clutched by Twentieth Century Fox in a death grip. Until recently, Daredevil and Ghost Rider were off limits, too.

But so what? Marvel has managed to turn Captain America, Hulk, Iron Man and Thor into solo stars, and their team, The Avengers, into money-making machines. That allows Marvel the luxury of experimenting with lesser lights, like Ant-Man in 2015 and Guardians of the Galaxy this year.

Meanwhile, Warner Bros. keeps failing with some of the biggest names in the history of comics. Superman and Batman have done all right, but Green Lantern was a flop; Captain Marvel, The Flash and Green Arrow have never appeared anywhere but the small screen; and Wonder Woman … oh, for Pete’s sake, how can there not be a Wonder Woman movie? 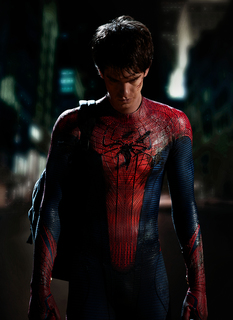 The Internet isn’t shy, of course, in launching lots of theories about why DC seems so incompetent with its own characters. Let’s take a look at a few:

I agree, because nothing is ever as bad as the Internet thinks it is.

Sure, DC looks lame now, but how about Marvel around 30 years ago? DC had the successful Superman franchise in the ‘70s and ‘80s, while Batman was boffo box office in the 1990s, plus plenty of TV shows and serials before that. Marvel had no characters on the silver screen, and what it had done – some cheesy made-for-TV Spider-Man and Captain America movies, and the Incredible Hulk TV show – wasn’t very good. They’ve turned it around, and so can DC.

And, hey, actress Gal Gadot will appear as Wonder Woman in Batman vs. Superman, as part of a three-picture deal. Figuring the second of those movies will be Justice League (scheduled for 2017), the third could well be that elusive WW solo film.

This actually may be a tiny bit true.

While I was watching Man of Steel, I was stunned to see Pa Kent advising young Clark that maybe keeping his secret identity might be more important than saving the lives of a busload of kids. Before I had time to express my disgust of this fundamental misunderstanding of what Superman stands for, not to mention what Pa Kent stands for, the middle-aged black lady next to me said loudly, “Nuh-UH.” Pithy, and entirely accurate. 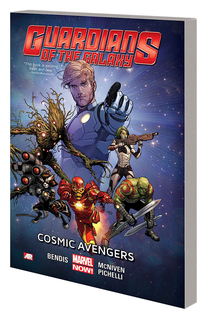 And having Superman – the one superhero who famously has a code against killing – break Zod’s neck seemed like it was designed specifically to distance the character from what made him famous for all these years. I expect situational ethics from other characters, especially those like Captain America, who have served in wartime. But from the Man of Steel I expect Super-ethics, because that’s what is so amazing about him – not that he has super-powers, but that he resolutely refuses to use them for his own gain or convenience. Now, that’s super!

Then there’s Batman. In the recent trilogy, the third movie begins with Bruce Wayne having retired for eight years. As every Bat-fan knows, Batman retiring is like Ahab giving up on that white whale. It’s a mission, not a hobby.

This one I don’t buy.

It is true that Marvel characters were deliberately constructed with internal conflicts that are inherently interesting. Spider-Man’s famous mantra about how great power brings great responsibility almost makes his super-powers seem like a curse. That stands in opposition to DC’s major characters, who are essentially icons more than characters, born of the square-jawed heroism and idealism of the 1940s, something that can seem quaint today.

But, as we like to say on my website, there are no bad characters, just bad writers. Superman, Batman and Wonder Woman have been popular for more than 70 years, so the appeal is there – it’s up to the screenwriters to find it.

I actually kinda agree with this one.

Marvel Films has one job and one job only, and that’s to turn Marvel’s catalog of characters into successful movies. That focus has no doubt meant a lot of man-hours figuring out how to translate the virtues of one medium into those of another – and successfully so. Warner Bros., meanwhile, releases a lot of movies in a lot of different genres every year, and only has to think about what makes superheroes tick every once in a while.

There are more theories, of course, but mostly variations of the ones above. As fans we can only hope that the bad ones are wrong, and that Warner Bros. has a better plan for bringing its characters to life than plopping as many as possible into Batman vs. Superman, followed by a Justice League movie crowded with a bunch of strangers. The characters deserve better than that – and we long-time fans do, too!

If not, there’s always Ant-Man.

That was immediately apparent to me in MOS when Pa Kent suggested Clark should've let the kids on the school bus die rather than chance revealing his identity and being hounded from Earth. As Mark Waid phrased it, when I saw that scene, I heard screaming in the theater and realized it was coming from me.

The ad they're running for Shazam on TV now has one reviewer say, "The funniest movie DC has ever made!" That is an extremely low bar.

A few of my friends have said Aquaman was not as good as WW but better than any other DC movie. I think that gap is so huge that most DC movies will be filling it in for a while. But I think Aquaman and Shazam show some light at the end of this grim 'n' gritty tunnel DC let Snyder build.