A Credit to Its Genre

What favourite comics do you guys have in genres other than the superhero genre? They might be Westerns; war stories; crime/police/private eye stories; martial arts tales; SF; fantasy; barbarian fantasy; horror; monster; romance; sports stories; humour; book adaptations; anything else.

My favourite comic book mysteries are Batman stories. I like the mystery element in the Batman stories of the 50s, and David V. Reed's work of the 70s. The first Joker story starts with a good, sinister mystery. The threatened man and murder deadline are of the era - I've seen them in The Gaunt Stranger (1938) and a Cornell Woolrich story - but I've not seen Bill Finger's solution elsewhere.

Of spy/thriller comics, my favourite is a newspaper strip, Modesty Blaise. It's simultaneously larger than life and exotic, and grounded in the real world. I like to learn something from thrillers; what other parts of the world are like, how things work, how people do things. Modesty and Willie are strong characters with an interesting relationship. Willie is both an action hero and the comic relief.

The best crime/police/private eye comic or strip I know is Chester Gould's Dick Tracy. Tracy has a distinct personality, not a generic one, and a distinct way of going about things. He hates crime, but relaxes with his friends. He can be bad-tempered, as when his leg was broken. He uses a combination of sharp deduction and police procedure to crack his cases. The strip was two strips in one, as it often followed the criminals for long periods. We'd see them planning and committing their crimes, or their desperation and desperate acts as the police net closed in.

Horror wasn't my genre when I was young, although I was interested in the famous monsters and loved the 70s horror era of Doctor Who. The most horrifying title I've read is easily Alan Moore's Swamp Thing, but I don't feel affection for it today. I guess I'm interested in the high tension element of horror - as when the heroes are besieged by monsters at a climax - and its SF/fantasy side, but not its disturbing side.

Sci-Fi: Star Trek has always been a favorite as a comic and I still miss Star Trek: The Next Generation!

War: I liked The Unknown Soldier best of all the war books out there.

Western: I have a soft spot for the Hawk, Son of Tomahawk ten-issue run and Jonah Hex in his various incarnations!

Mystery: The best thing about the Dick Tracy movie was all the collections that came out at the same time! And I have a weakness for any Sherlock Holmes series!

Do you have any opinions about the different periods of "Unknown Soldier"? I've read a handful of the stories from Bob Haney's first run (and the "Sgt. Rock" reprint in #162), the last issue by Haney and Gerry Talaoc, and nothing in between.

Also: I don't believe I'll ever seek them out, so this is pure curiosity - what were Marvel's Star Trek comics like?

I've read too little of Jonah Hex to have a right to nominate it as a favourite Western. I did catch the conclusion of Jonah Hex #90 back in the 80s, and it's my standard for an interesting Western sequence; the details of Jonah's lecture feel authentic and his cool ruthlessness is a shock, but satisfying.

Marvel's Star Trek was saddled with a lot of restrictions and rules. The most important one was that they could only use concepts, aliens and designs from Star Trek: The Motion Picture PERIOD! So all the rich characters from the TV show were off-limits!  When the property moved to DC, such restrictions were gone. Ironically the same writers were involved in both series!

As for the book, it was uneven and the first three issues reprinted the Marvel Movie adaptation out of seventeen issues! There were gnomes, a haunted house in space and even SPOCK THE BARBARIAN!

At least they introduced Joanna McCoy, Bones' now-adult daughter who married a Vulcan! 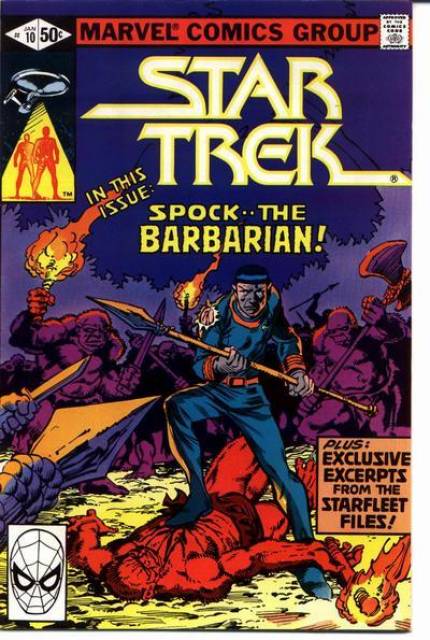 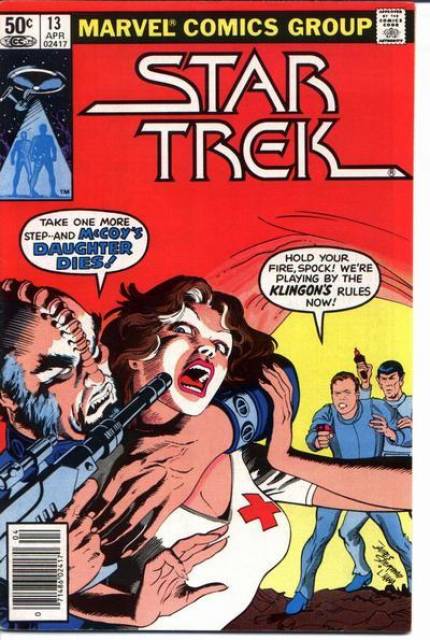 Rocketo, an Adventure/sci-fi book that came out a while back.

Not sure what genre I would slot these in:

Ah, Marvel's Star Trek comics...what a trainwreck they were!

You don't have to seek them out, either. #4-18 are available in a single tpb.

I was a great fan of the original TV show, and feel that Buffy the Vampire Slayer Season Eight (and beyond) do a good job of telling "what happened next", post-cancellation.  Also the companion series Angel and Faith.

Neal Gaiman's Sandman has already been mentioned.  I'd also recommend Lucifer by Mike Carey, which spins off from that series, taking the former Lord of Hell Lucifer Morningstar as its protagonist.

Of spy/thriller comics, my favourite is a newspaper strip, Modesty Blaise.

The Modesty Blaise strips are fun, but I think that the novels (all written by Peter O'Donnell, the writer of the strips) are even better.  They do a wonderful job of fleshing out the characters of Modesty, Willie and their friends (and their larger-than-life foes). One warning though - the final book in the series, Cobra Trap, really is the last Modesty Blaise book, and it's heartbreaking.

Another one I left out of my last list: 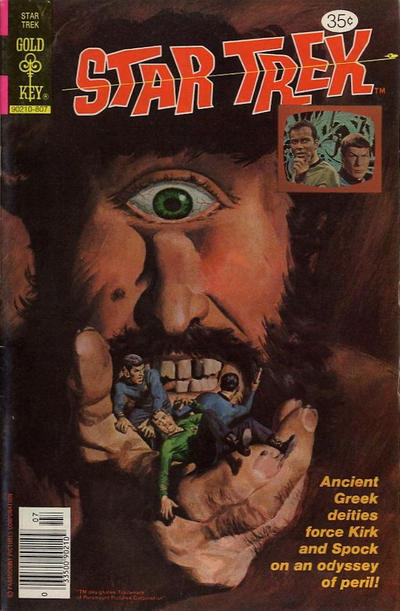 The only Star Trek I ever saw was a Gold Key issue. Besides Polyphemus the Cyclops they also ran into the Sirens, Scylla and Charbydis, and I believe Circe.

Lee Houston, Junior replied to Steve W's discussion A Cover a Day
"If I may, one last post to close out our tribute month to George Perez. Since my only source of…"
1 hour ago

Tracy of Moon-T replied to Jeff of Earth-J's discussion Swamp Thing
"Abby chopped off his brain growth right above his forehead, leaving him with a weird crew cut for…"
1 hour ago

Jeff of Earth-J replied to Jeff of Earth-J's discussion Swamp Thing
"I just noticed the title change: "Swamp Think." I wasn't reading these issues back…"
2 hours ago

ClarkKent_DC replied to Jeff of Earth-J's discussion All in Color for a Dime
"If people didn't want The Comic Buyer's Guide for the articles, why should they want it?"
3 hours ago

Richard Willis replied to Jeff of Earth-J's discussion All in Color for a Dime
"Jeff of Earth-J said: I'm sure many reading this post will recall fondly Alan Light's…"
7 hours ago

Jeff of Earth-J replied to Jeff of Earth-J's discussion All in Color for a Dime
""A lot of Golden Age super-heroes really weren't that good." Sturgeon's law…"
7 hours ago

The Baron replied to Jeff of Earth-J's discussion All in Color for a Dime
"The sad truth is this:  A lot of Golden Age super-heroes really weren't good."
8 hours ago

Lee Houston, Junior replied to Steve W's discussion A Cover a Day
"The last day of our George Perez tribute and a couple of more of my personal favorites that no one…"
9 hours ago