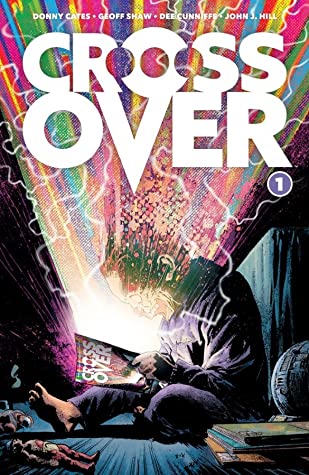 Another comic with a unique core concept: the Crossover of the title refers to an actual event that occurred in 2017. It was like a superhero summer event that exploded into the real world. Almost every fictional comic book character suddenly appeared in Denver, Colorado, fighting, killing and destroying the city. No one knows the death toll, because a few months into the Crossover one of the superheroes put a forcefield around the entire state, where it is apparently still happening.

Cut to a comic shop in Provo, Utah which is flourishing because it is the only shop selling pre-event comics. It seems that seeing superheroes in action killed the desire to read those comics. As the proprietor puts it, "Marvel and DC died when Colorado died." When a young comic book character named Ava shows up in the shop she is easy to spot: the distinctive dotted pattern of classic newsprint comic book printing gives her away.

From here Cates and Shaw go increasingly meta. There's the news story about comic book writers found dead: Chip Zdarsky, Scott Snyder, Robert Kirkman, and most recently Brian K. Vaughan. And there are indie (mostly Image) comic book heroes, featuring Mike Allred's Madman. Cates also works in the super-sword Valofax from his own God Country series, before the human/comic book group makes its way into the Dome. There they meet comic book characters like the Savage Dragon, Colonel Weird from Black Hammer, and Hit-Girl. Back in Utah, Ellie makes a big reveal about her true origin. Let's just say that she and her parents are not from Denver.

Shaw's artwork completely sells the story, whether he is depicting the real world or the comic book character world. The collection's subtitle comes from Todd McFarlane, who appropriately contributes a Spawn-themed variant cover, joining a large collection of other variants. There is even an extensive credits page for all of the comic creators who gave permission for the use of their characters. These are not the kind of comics I've been reading recently, but I am still looking forward to reading the next chapter.

Sounds interesting. Reminds me a bit of Mark Millar's 1985.

Sounds interesting. Reminds me a bit of Mark Millar's 1985.

Permalink Reply by Jeff of Earth-J on June 20, 2021 at 3:42pm
You might also like the similarly-themed A Touch of Silver. Have you ever read that?

No, nor heard of it. But I've never been a Millar fan; he rarely writes the kind of comics I read. If these were available via the library's Hoopla service I would check them out, but they aren't. Most of the more recent Image catalog is there, but it generally doesn't go back to the pre-digital age. Same with Marvel. But I read so little Marvel that I had to check to see if any Marvel was there!

A Touch of Silver (by Jim Valentino) 'is the story of Timmy Silver, a disenfranchised young boy of the 1960s with a hyperactive imagination, struggling through a dysfunctional life. A poignant, funny, and brutal examination of parental abuse, racial prejudice, and peer pressure through the eyes of a precocious and sensitive 10-year old boy." (Description from mycomicshop.com.) Millar's 1985 wouldn't be interesting to anyone not steeped in mid-'80s Marvel output, but I'd recommend A Touch of Silver to anyone who finds the premise intriguing.

I saw the tpb on the shelf last week and I almost bought it, but it ended up being a somewhat expensive week for me. It will always be there when I have a light week and am in the mood for something different, I suppose. I see #7 ships this week. 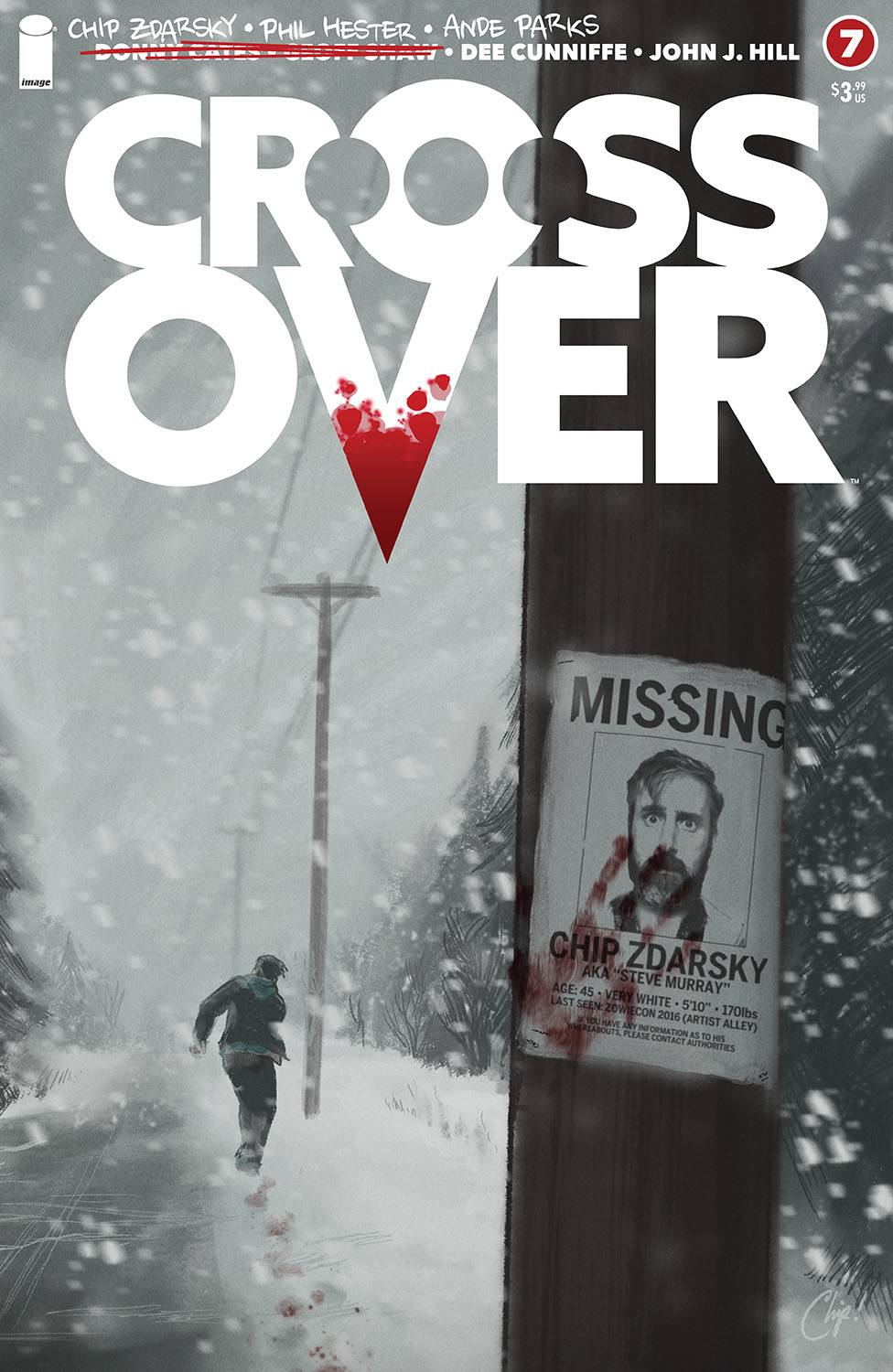 "Wait. No. Hold on, what is this? Why is CHIP writing my book? Sorry, I know this is unprofessional to do in public, but no one at Image is answering my emails. Someone please call me!! WHAT IS HAPPENING?!"

I'll throw my 2 cents in. I this has been a great series so far. Just the fact that Donny Cates lets Chip Zdarsky write an issue for his creator owned series, is just so cool to me.

Especially since he killed him off.

So here's what I did. Based on nothing but the opinions expressed above (and the solicitation I posted), I bought issue #7. Very interesting. Very meta. I'll tell you, if a series such as this had come out in the '80s and featured creators such as, say, John Byrne and Walt Simonson and Frank Miller and Alan Moore, I would be digging it. But, although I have heard of most of the creators featured in this series, I'm just not familiar with their work.

"Chip Zdarsky" is the pen name of Steve Murry. (See? I didn't even know that.) The story. however, filled me in that he has written Howard the Duck, Jughead,, Star-Lord and Sex Criminals. Sex Criminals #14 apparently went kind of "meta" and he introduced a fictional version of himself. That fictional Chip Zdarsky appears in Crossover #7 attempting to save his "real" self, now on the run and living under the alias ""Dave Murray." At the end of the issue, [SPOILER] two additional characters (who I assume are "Jon and Suzie" from Sex Criminals) show up to help. [END SPOILER]

I may well buy the tpb of the first six issues next week just to find out what the heck is going on!