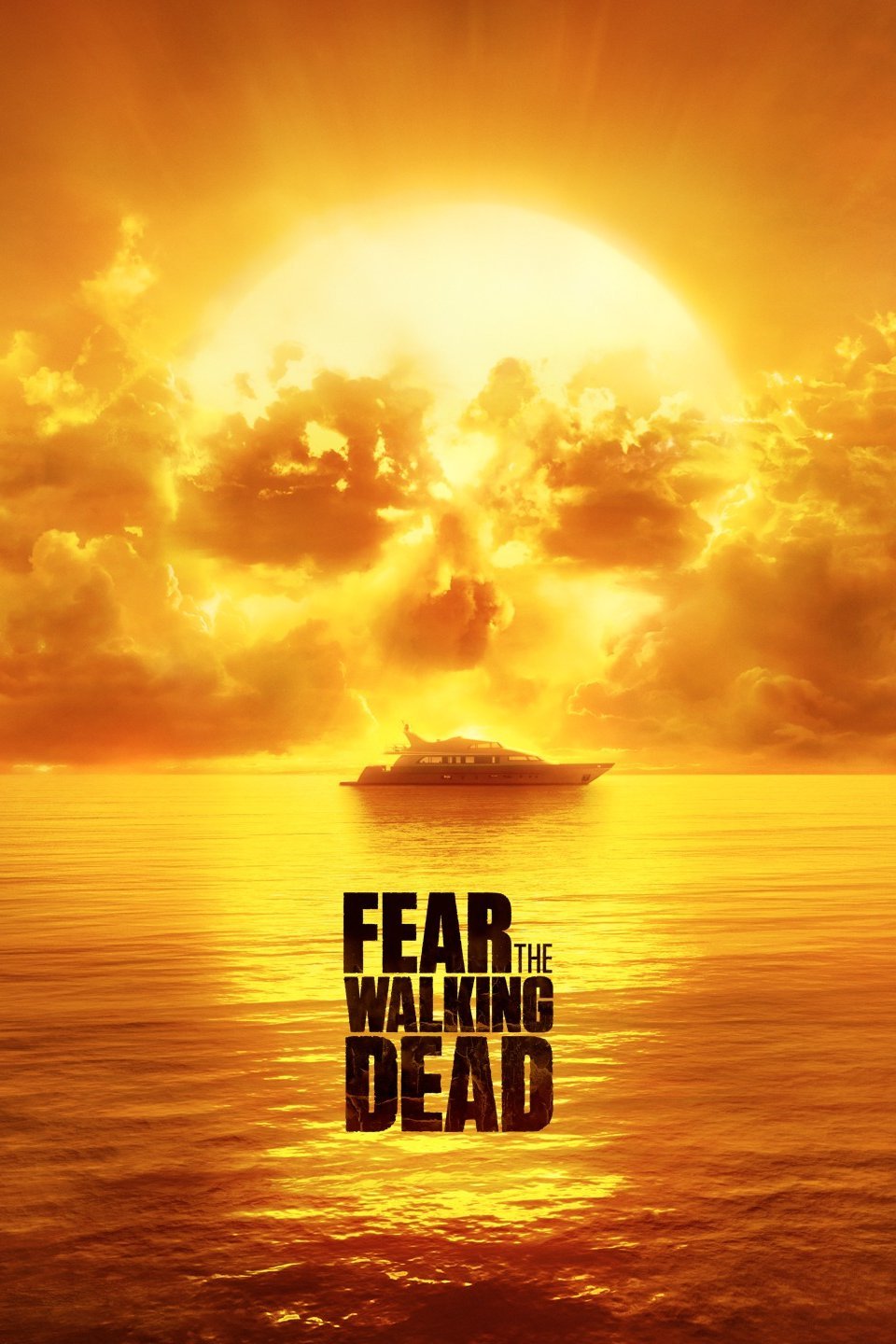 I'm pretty jazzed about it, and plan to write next week's column on it after I've seen the premiere.

Since my wife and I also watch The Strain, that means on Sundays we have zombies at 8, vampires at 9!

I liked it. It's believable that no one would understand what was happening at first, and that the authorities might think it was best to avoid a panic by publicizing it. Having a junkie as the first witness seemed like a distraction at first. But it worked out as a classic unreliable narrator. Naturally no one believed him, and he was hesitant to even report what he saw.

Fear the Walking Dead is only 6 episodes this season, so yes, it'll be done.

I liked it, too -- I'm a fan of Kim Dickens, so I was looking forward to seeing her in the WD world. I also liked the original setting of the abandoned church. It was such familiar set dressing to the post-apocalyptic world of WD that it was a great introduction to the series... that character emerging into the light of society was list talking a literal run back in time.

And the first episode had a hospital escape, just like the original!

So far, so good. Not vested in any of the characters yet, but I suppose that will come in time. It's a bit daunting to think we'll have to "re-learn" several months or years of TV continuity, but I'm hoping we might someday find out the cause of the plague or epidemic or whatever it is. So far we have learned that it has broken out in several states simultaneously.

Also that everyone is already infected. Like Shane in TWD, the drug dealer awoke as a zombie without being bitten, at least as far as we know. Given how deserted the area was, there's no reason to think there were other walkers nearby. Are we sure nobody got bitten on the skin during the attack? I think that was left ambiguous.

Yeah, Calvin lunged for Maddie's wrist, and Manawa yanked it away, but he could easily have nipped her.

Wrote a column about FTWD this week.

Forgot to watch this show two weeks in a row. Discovered last night that none aired Sep 6; watched the one from Aug 30. Mildly surprised to find no discussion here. Is "Fear the Walking Dead" the "That '80s Show" of the 2K-teens?

Our DVR didn't record it Aug. 30, so we watched a rerun this weekend just before the in-laws arrived. So that's why no post from me.

In my column I noted that Labor Day weekend was a skip week, which I had confirmed with AMC.

As to the actual show, my wife and I both enjoyed it more than the first episode. "NOW it's picking up," she said. Plus, she had a couple of moments where she was literally jolted. (I love watching horror stuff with her!)

I had the same reaction. A sense of dread can only go so far; eventually you have to have the menace show up or all that ominous music is for naught. And in this episode we saw the menace show up, although not in the numbers we see in Walking Dead. Enough, though, that it kept me entertained.

And I can kinda see the logic of the show now; we're following this particular family because it had a head's up as to the problem. So they know the walkers are extremely lethal, that dead is not dead and that even guns aren't terribly effective -- they know they're overmatched and won't, for example, attempt rescues of neighbors. All their humanity isn't lost quite yet, as Maddie's confrontation in the school showed, which -- in this show -- is a mistake. She recovered nicely, though.

I'm baffled that the three main black guys have already been killed off. I don't subscribe to the Internet criticism that it's on purpose, but it does seem a little tone-deaf.

What's weird for me is seeing the cars and the trucks and the trains running in the backgound. It's like the Titanic right after it struck the iceberg. You know it's going down, but right now... everything seems okay.

I read an article by a disaster preparedness guy who was asked how long the power would last if no one was monitoring the electrical grid. He said whether it's the zombie apocalypse or a mass flu epidemic the results would be the same: on average 21 days. That's how long it would take, on average, for something to go wrong that required human intervention to correct. Without that human intervention, the grid would go down.

L.A. has less than three weeks!

I'll tell you what it is about this series that has yet to spark my interest. TWD began with Rick Grimes coming out of his coma after the "zombie apocalypse" (or whatever you want to call it) was alreadu in full swing, leaving viewers to imagine the details and fill in the gaps. After two episodes, there were no real surprises. About three quarters of the way through episode three, however, they introduced a concept I hadn't really fleshed out in my own imagination: the government/military response. The reaction of the general populace is playing out pretty much as I imagined, but the response of the military is the hook upon which hangs my my interest in episode three.