Very sorry to hear that.

Popularly the greatest boxer ever, and a figure of world importance.

He really was larger than life.

Doggone it. I saw him at the Civil Rights Game down in Cincinnati back in 2009. They had him stand up to say a few words, and he couldn't even string two words together; it was so sad. He has been pretty sick for awhile.

I had a big fold-out poster of him hanging in my classroom for a long time from Sports Illustrated until it finally just fell apart. His name always comes up in karate classes when we talk about using your footwork during sparring sessions.

Lots of memories watching boxing with my father when I was a kid. Back then, pay-per-view television hadn't been developed, so all the big championship matches were on network television, and Muhammad Ali was on TV as much as any prime-time actor.

The Greatest? No doubt. How great? Dig this: Once, Muhammad Ali went up against the national heavyweight boxing champion of England. And Ali beat this guy so bad --

"How bad did Muhammad Ali beat this guy?"

"HOW bad did Muhammad Ali beat this guy?"

-- his manager was banned from boxing for life!

Rest in peace, champ.  You were, and always will be, the greatest of all time.

Back in those days, they hadn't yet developed pay-per-view, and even basic cable TV was something only for people in Appalachia or otherwise places where a broadcast signal couldn't reach, meaning boxers made their money by actually fighting boxing matches. Muhammad Ali's heyday was 20 or 30 years before the real money was available via fat TV contracts and endorsements. He might have quadrupled if not quintupled his income that way. Being an Olympic medalist alone would make Ali some serious cash if he was starting out today ...

... although that whole business about refusing the draft and taking it all the way to the Supreme Court would have made most endorsers skittish, I have to admit.

As I grew up largely in the 70's and 80's Ali was a large part of my childhood, particularly as a sports and boxing fan. It wasn't just his ability to deliver a promo, it was also his tremendous ability and caginess in the ring. I'll never forget his fight against George Foreman and the "rope-a-dope".

In many ways, he was the last truly great boxer. Boxing hasn't been the same since that era, and while there have been some standouts, the field is not what it used to be. He was truly a legend. 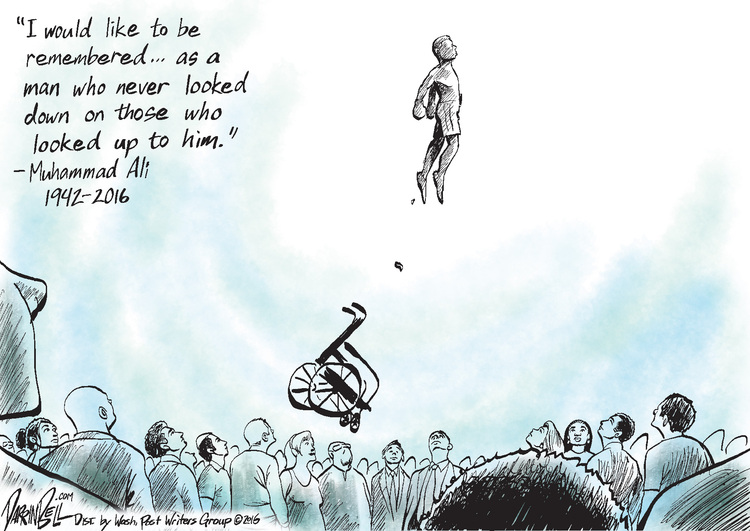 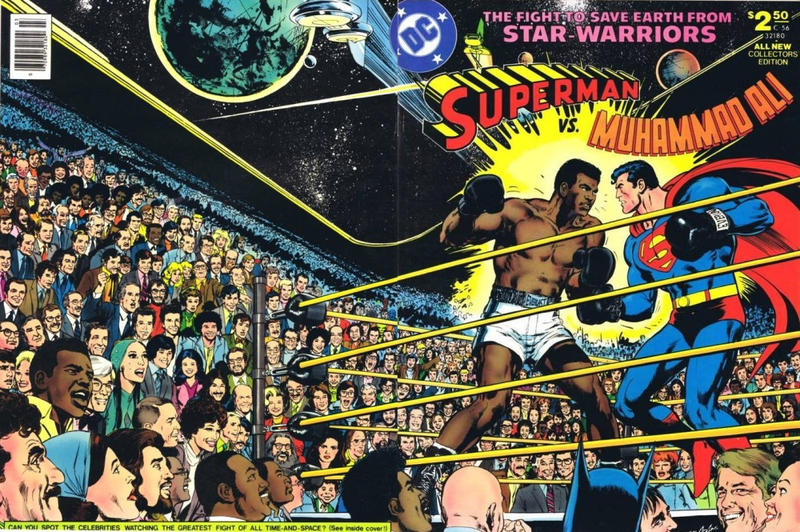 Difficult to find this on the GCD. You won't get it by typing in his name.

Commander Benson replied to PowerBook Pete, the Mad Mod's discussion Anything, Everything, or Nothing At All
"It's been irritating, but we've always been pretty confident that her disability will…"
33 minutes ago

Philip Portelli replied to PowerBook Pete, the Mad Mod's discussion Anything, Everything, or Nothing At All
"Thanks, Commander! All the best wishes to Mrs. Benson! I know how frustrating it can be!"
43 minutes ago

Philip Portelli replied to Steve W's discussion A Cover a Day
"Neal Adams did a series of covers for the Tarzan paperbacks re-issued in the mid-70s."
47 minutes ago

Commander Benson replied to PowerBook Pete, the Mad Mod's discussion Anything, Everything, or Nothing At All
"Fingers crossed for you, pal.  If it is approved, that's going ro be one hell of a…"
3 hours ago

Jeff of Earth-J replied to ClarkKent_DC's discussion 'This Is Us' -- Season 4 (and others)
"We watched both of the last two episodes on Tuesday night. We spent probably too much time trying…"
3 hours ago