I was a background extra in "Wonder Woman 1984"

Now it can be told: I was a background extra in Wonder Woman 1984.

Blink and you'll miss me; I was just a blur scurrying around in the early scene set at the mall. (No spoiler; it's been in most of the promos.)

Some of you may know I dabble in background extra work. Some of you may even have spotted me in a TV show here or there. Recently, I was on-screen in Charm City Kings on HBO Max (about halfway through; I was a driver who waved away a couple of kids with squeegees trying to wash my windshield).

I also worked on several episodes of the final season of House of Cards, which filmed in Maryland in the summer of 2018. I was on-screen in one episode walking out of a church behind the Vice President (twice) and in others, among the reporters in the White House Briefing Room.

One of the days I was there, the guy from the casting agency said to me, "I've got a project coming up, and you'll be great for it. DON'T CUT YOUR HAIR!" Fine by me; I hate getting my hair cut. (I’ve had exactly two this year, one for a TV gig in March just before COVID hit, and one for a wedding in October that didn’t happen because the bride had a stroke. She’s all better now, and she and the groom – my brother – got married almost as soon as she left the hospital. Life’s too short for ceremony.)

Soon after, I signed on for “Magic Hour.” As the production started up, there was lots of local news coverage in Washington that “Magic Hour” was just a code name, and the real project was Wonder Woman 1984. As I was then (and still am) a freelance writer who writes about comics and movies, I felt duty-bound to tell this to the guy at the casting agency, afraid I wouldn’t be eligible.

He asked me if I was going to write an article.

I told him I wasn’t.

With this as my blessing to proceed, I signed up.

The base of operations for "Magic Hour" was a vacant Macy's department store attached to an equally vacant shopping mall in Alexandria, Va. I went there to sign up and get fitted for wardrobe. The Macy's was subdivided into several areas with chain-link fences covered in white sheets -- costumes and wardrobe, hair and makeup, and extras holding, which became our home away from home for the duration of the shoot.

As a background extra, on most jobs we bring our own clothes and let the wardrobe person select what's suitable. As "Magic Hour" (heh) was set in the 1980s, they provided outfits and hairstyles. I would up in a green shirt, high-waisted khakis, a black belt, white socks and my own Docksiders, which I would dutifully change into each day. I had a particular hanger in the wardrobe area with a number attached to each garment so I'd match every day.

My first day of filming required me to be at the Macy's at 6 a.m. on a weekday in June, which meant getting up at 4:30 a.m. to drive over there. But they fed us a hot breakfast, which kind of made up for it. One thing about movie productions is that meals are a massive operation, and this production had to feed hundreds of people -- something like 400 extras as well as the crew.

Some of the extras are members of the SAG-AFTRA (Screen Actors Guild - American Federation of Television and Radio Artists; they used to be separate unions, but they merged), but for a production this big, the producers can get waivers to bring in non-union people. I'm non-union; I don't do this often enough to justify paying the hefty membership fees and dues. Also, being in the union means being forbidden from working on non-union projects, which I'm not prepared to forgo. The tradeoff is there are theoretically more opportunities, but they pay less.

If you're not careful, Kelvin, you'll run the risk of becoming one of those "Hey, it's that guy!" characters. :)

The Landmark Mall, which played the role of the Southland Mall in Wonder Woman 1984, will meet the same fate as the Dixie Square Mall from The Blues Brothers.

From Alexandria Living Magazine: "Foulger-Pratt to Begin Demolition of Landmark Mall in May"

Too bad. I had lots of fun times in that place while we were making the movie, including hanging out in the B. Dalton bookstore during down time. It had comfy chairs and a spinner rack of actual 1980s-vintage comics, as well as two long boxes full of bagged-and-boarded comics that I wish I could have kept.

That's a shame... there's one around where I grew up that got demolished/rebuilt a few years ago. Kevin Smith was going to be filming the sequel to Mallrats there, but the timeline didn't work out. (The film moved to a mall about an hour away, and then I think got cancelled altogether.

That Wonder Woman sequence was a ton of fun... I'll be looking for you next time I watch it.

Admittedly, I have a vested interest, but I would have kept the mall scene and could have done with less (or none) of the contest, since it really didn't have much to do with anything that followed.

I suppose I should note that the mall in the Serena Williams DirecTV commercial in which she magically finds herself in Wonder Woman 1984 -- wielding a golden tennis racket instead of the golden lasso -- is plainly a different mall.

I will also be looking for you when I rewatch it.

Wonder Woman 1984 is like the Green Lantern movie: for some people, it became cool to bash it just because they can.

This was taken on the final day after shooting wrapped. I don't have any other photos from then; we were incessantly warned taking pictures could get you fired and blackballed. Somebody did get fired for doing so, and for a while, they were wrapping thin red tape around the camera lenses of everyone's cellphones at the start of the day. 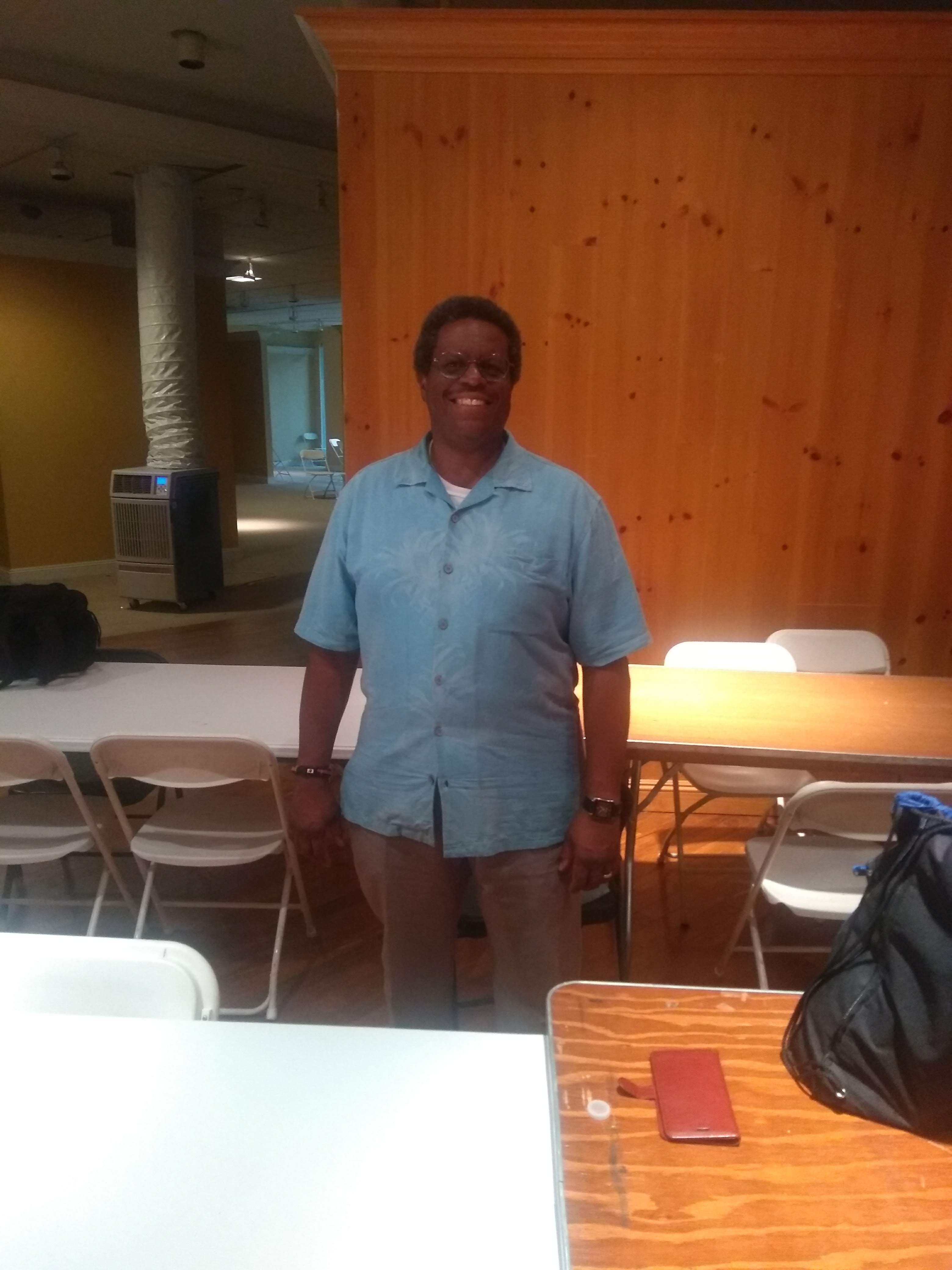 Luke Blanchard replied to Jeff of Earth-J's discussion Tales to Astonish
"Lee had Kirby redo parts of the cover of  #101."
2 hours ago

Randy Jackson replied to Captain Comics's discussion Bond #4: 'Diamonds Are Forever'
"I do agree with you Commander that the Moore films tended to be sillier and relied more on stunts…"
12 hours ago

Philip Portelli replied to Steve W's discussion A Cover a Day
""Not only that but your feet stink! Wear some socks next time!""
13 hours ago

Jeff of Earth-J replied to Jeff of Earth-J's discussion Tales to Astonish
"THE INCREDIBLE HULK #102 - "Big Premiere Issue!" The conclusion of this story takes me…"
14 hours ago

Lee Houston, Junior replied to Steve W's discussion A Cover a Day
"I guess medical comics can cover many genres. (Image courtesy of the Grand Comics Database.)"
14 hours ago

Steve W replied to Steve W's discussion A Cover a Day
"Allow me to introduce another nurse. Here's Linda Lark."
15 hours ago

Irma Kruhl replied to Steve W's discussion A Cover a Day
"I loved the Mary Robins RN serial, with all that great John Romita Sr. art. The Mary Robin stories…"
16 hours ago

Jeff of Earth-J replied to Steve W's discussion A Cover a Day
"Before someone beats me to it..."
16 hours ago