Yet Another Kryptonian Question

Do kryptonians under a yellow sun need to eat?

Do they metabolize food in the same way as humans?

Is it possible for a Kryptonian -- excluding red kryptonite effects -- to get fat or develop an eating disorder like anorexia nervosa?

Presumably they evacuate waste like humans. Is that waste indestructible? 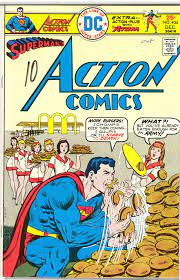 Well, we know Superman does eat.  Whether he needs to or not is a question I've never seen addressed.

There weren't enough Kryptonians under a yellow sun to know if they needed to eat - but both Kal-El and Kara were shown eating - not often, but often enough. Whether that was to maintain their secret identities or to support their physiologies, one doesn't know.

Do they metabolize food the same way? How do humans metabolize food? Yellow sun rays gave Kryptonians about half their powers, but I don't think that was a substitute for eating,

Kryptonians were pretty human like, so I think any "disorders" would be similar too. And if you look at a Curt Swan page of Kryptonians, you'd see every somatype, for sure.

Was their waste indestructible? Of course. Everything from Krypton was indestructible, save Kryptonite. And rumor has it that Kandorian children would mock each other with "Ah, your old man poops Kryptonite!"

At the risk of being drawn into a ridiculous nerd discussion, that's an argument for why the waste of Kryptonians (under a yellow sun) is not indestructible... unless the food they were eating was also from Krypton.

In regards to metabolism, I may be using the wrong word.

Bismollians seem to be able to eat (literally) pretty much anything without gaining weight. Most humans vary on this scale -- some have difficulty gaining weight, some seem to gain weight by breathing. Are Kryptonians like this? I don't recall ever having seen a Kryptonian that didn't look like he or she was in perfect health. Some are built larger than others, but I cannot recall any I would refer to as "plump" or "skinny".

Oh, that. Yeah, you're right. But then, a super powered metabolism would digest said Earth food so fast and completely that it probably never made it to the colon and then out. Gods I'm feeling silly! :) :) :)

Randy, there were some variations in Kryptonians, especially by Curt Swan... but Earth-2's Krypton was POPULATED by super men and women. Can't figure that Krypton-1 was a lot different, although they didn't go jumping an eighth of a mile at a time regularly....

I don't recall ever having seen a Kryptonian that didn't look like he or she was in perfect health.

At the risk of being drawn into a ridiculous nerd discussion, that's an argument for why the waste of Kryptonians (under a yellow sun) is not indestructible... unless the food they were eating was also from Krypton.

Just to pile on the geekery, I think it's important to note that there are different Supermen, and their needs probably varied as much as their powers.

Looking back on my answers, I confess they look a lot like guesses. The only one I feel strongly about is the Silver Age Superman, and even there I'm not going to believe myself until Commander Benson corroborates.

What about Odin? Would the poop be all-seeing?

Captain, one place that establishes the Silver Age Superman's need for sleep and dreams is 1972's Action Comics #409.

Thanks, Luis! Who wrote it, Cary Bates or Elliott S! Maggin?

My guess and it is only a guess is that Kryptonians get pure energy from a yellow sun but would need to eat a balanced diet to remain healthy. Similar to how humans could eat nothing but donuts and get enough energy to live. Providing they burn of that energy they would maintain a normal weight but definitely not be healthy.

What constitutes a healthy diet for a Kryptonians I have no clue!

Looking back on my answers, I confess they look a lot like guesses. The only one I feel strongly about is the Silver Age Superman, and even there I'm not going to believe myself until Commander Benson corroborates.

Cap, rest assured, your knowledge of the Silver-Age Superman is spot-on with regard to his need for food and water.

I knew the answer to the question of the Man of Steel's need for sustenance right off, at least as it pertained to the Silver-Age version.  But I held off replying until I could pinpoint in-story documentation.  The earliest reference I could find on the subject was the story "The Super-Hungry Super-Heroes", from Superboy # 91 (Sep., 1961).  Herein, Superboy and Krypto are seized by a mysterious compulsion to eat, causing the Boy of Steel to reflect, "Usually, being super-human, I never need food . . ."

That was just a bit too general a statement to use as a sole reference, so I kept looking.  In "The Curse of Magic", from Superman # 171 (Aug., 1964), the Man of Steel attends a testimonial banquet in his honour, and he dines heartily, despite thinking, "Actually, I can live interminably without any food!"

If this suggests that, even though he doesn't have to eat, Superman enjoys food, just like anyone else, that notion is validated in "Clark Kent in the Big House", from Action Comics # 323 (Apr., 1965).  In this story, Kent is undercover, posing as a convict.  To impress the other cons, he gets himself thrown into solitary, then goes on a hunger strike.  However, each night, he sneaks out of the prison as Superman and has a super-meal at a near-by eatery.

"Since I'm invulnerable, I could go indefinitely without eating," he says to himself, "but I'd rather not!"

And while I was dragging my heels for authentication, Luis chimed in with the same reference I recalled about Superman's mental need for sleep.  As he indicated, Action Comics # 409 (Feb., 1972), and the story within---"Who Is Clark Kent's Killer and Why Is He Doing Those Terrible Things to Me?"---establishes that, while the Metropolis Marvel does not have a physical requirement for sleep, he does have a psychological one.  And the tale was written by Cary Bates.

Irma Kruhl replied to Steve W's discussion A Cover a Day
"Yep, Adkins sure took Wood's advice to heart--not surprising at all, since Adkins started out…"
4 hours ago

Richard Willis replied to Jeff of Earth-J's discussion T.H.U.N.D.E.R. Agents
"As I mentioned, I began tradewaiting with DC v2. Consequently, as a tpb of DC v2 was never…"
5 hours ago

Dave Palmer replied to Steve W's discussion A Cover a Day
"That's amazing. Wally wood did say "Never draw anything you can copy, never copy anything…"
5 hours ago

Lee Houston, Junior replied to Steve W's discussion A Cover a Day
"I'm sure she's still around the Marvel Universe(s) somewhere. (Image courtesy of the…"
5 hours ago

Richard Willis replied to Jeff of Earth-J's discussion T.H.U.N.D.E.R. Agents
"NoMan says that the enemy now has “a cloak,” while wearing a purple version of the…"
5 hours ago

Steve W replied to Steve W's discussion A Cover a Day
"Quick switch from Romance to thriller for one cover only..."
6 hours ago

Irma Kruhl replied to Steve W's discussion A Cover a Day
"Dave Palmer posted a classic EC cover by Johnny Craig, which was (in-)famously swiped by Dan…"
7 hours ago

Jeff of Earth-J replied to Wandering Sensei: Moderator Man's discussion What Comic Books Have You Read Today?
"Click here to read Englehart's own thoughts on that run (or that site on any run of any title…"
7 hours ago